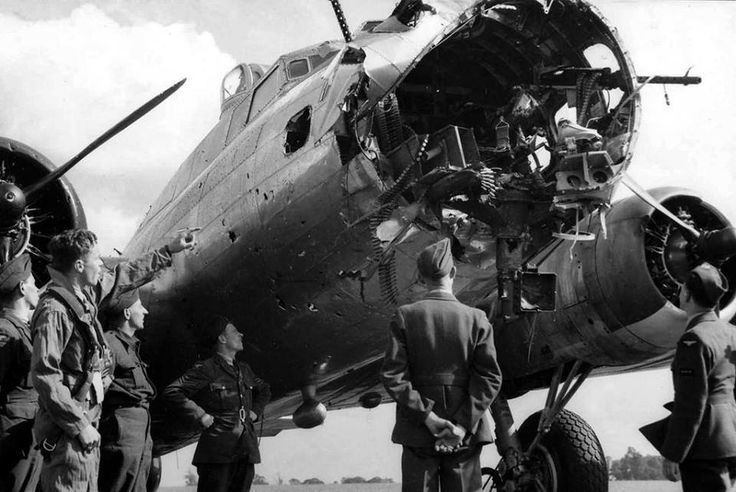 Today’s offering of fiction comes from science fiction and fantasy writer Laurence Brothers.  His  works have recently appeared in such magazines as Nature, Short Édition’s Rendez-Vous, and Galaxy’s Edge, among others. His historical fantasy novel Twilight Patrol was just released by Alban Lake, and his urban fantasy novella The Demons of Wall Street will be published in March by Mirror World.

Laurence’s ability to make each moment as real as your own heartbeat makes this short story about love reaching back from the beyond will warm your heart and chill it at the same time.

Without further ado, we are proud to present Laurence Raphael Brothers’ story, appearing here for the first time anywhere.

The loudspeaker’s garbled announcement brought pilots and crew running from all over the airbase to the fieldstone administrative building. I got into line as quickly as I could, but I had to give way to the officers and wound up waiting half an hour before I got my mail. One lousy thin letter from my father, not what I was expecting at all. I almost left it for later because I had a mission to prepare for. But I opened it anyway.

I hope this mail finds you well. I hope you are killing lots of Nazis. I only wish I could be there doing the same thing as you. I’m afraid your mother is still angry at you because of Oona. To be honest — don’t tell her I said this — there’s no harm in a little tail now and then, even if it is Irish tail.

I almost crumpled the letter right there and threw it away. But I read on.

The fact is I have bad news to tell you. I heard from Sullivan at work that Oona was hit by a car Friday night. She didn’t make it. I’m sorry. I know you liked her. It’s too bad. But at least your mother won’t have anything more to blame you for. I bet she sends you mail next time.

In that moment a ball of ice grew around my heart. I could feel it right there, a cold chunk of ice right in the middle of my chest. I let the letter fall to the ground. Oona. Dead for over a week. It wasn’t possible. It wasn’t even imaginable. We’d promised each other–

“Steinberg, you okay?” It was Olivetti, the flight engineer on my bomber.

I would have answered him, but in my head, I was back in New York. Six months ago. Oona met me at the Carnegie Deli for my last day of leave before I shipped out to England to join my squadron. Corned beef was about all the culture we shared. But that was enough for us.

She’d disassembled her sandwich and was eating individual slices of beef with a knife and fork. I was wondering if she’d let me have her pickle when she put down her utensils and leaned across the table, so I put down my sandwich too. She covered my hand with her own and looked very serious.

“I won’t let you die.” She said it very solemnly.

“The sight?” I had no idea what she was talking about.

“Good,” she said, “because I’ll never leave you either. Not for anything.”

The guys sitting at the next table started clapping. The applause spread to other tables, and someone shouted, “Kiss her, you fool!” so I did, right there in the restaurant, and we wound up not having to pay for our meal.

A row of holes appeared in the plexiglass shell in front of my face and autocannon rounds slammed into the back of my turret. The engine roar was overlaid by whistling shrieks from the wind blasting past the holes.

“Steinberg! Get that kraut, you lazy bastard!” Lieutenant Raines’ voice in my headset.

Fuck you, I thought dully, but I squeezed cold metal handles, spinning my turret to track the German fighter. I got off a burst from my guns, but the Messerschmitt was already gone, vanished into the cloud layer below us.

“No target,” I said. I scanned the cloudscape mechanically for enemies, but I didn’t care if they were there or not. I was the ball turret-gunner in the B-17 “Blue Devil”. We still had 40 minutes before we got to Schweinfurt and German interceptors were everywhere.

Six of us said our names over the intercom.

“Matthew? Carl? You all right?”

A minute later Olivetti spoke up. “They’re gone. Waist is shot to hell. Steinberg’s lucky to be alive.” The waist gunners were stationed in the fuselage above my head.

A hundred fighters attacked our formation, but we drove them off. Or maybe they just ran out of ammo. We took a lot of hits. Olivetti bought the farm along with the co-pilot and the navigator. Raines cursed for ten minutes straight. The cockpit must have been a terrible mess.

I remembered what Oona had told me. She’d promised to keep me safe. With some kind of Irish magic or whatever it was she said she had. But how could she keep a promise if she was dead? She said she had the sight, but she hadn’t seen that, had she? I’d never cared about religion, took my Bar Mitzvah to please my folks without ever thinking much about it one way or another. But now I was sure it was all a lie, all of it. Jewish, Christian, whatever crazy Irish magic she thought she had, it was all bullshit.

Our radioman was hit by a single stray .50 caliber round, probably friendly fire from another bomber. The tail gunner stopped responding on intercom, but the Germans weren’t letting up and no one was left to check his condition. I knew he was dead because there was no more firing from back there.

I’d flown a couple dozen raids, but we’d never been shot up this bad before. If my heart wasn’t a ball of ice, I’d have wondered why we weren’t quitting. I’d seen half the squadron shot out of the sky around us, and many others had already turned back after taking damage. But Raines found another squadron to join, slotted the Blue Devil into formation with them. He was just stubborn, I guess. Then it occurred to me: maybe he lost someone too? Nah. Not Raines. He was too obnoxious for anyone to care about him.

It was chaos out there, smoke and clouds and burning planes from both sides falling out of the sky. I just kept on spinning my turret and shooting when I got a German in my sights, like I was just a machine, part of the machinery of the turret. I heard that the newer planes, the B-24s, had remote-control turrets, and I figured that I was the doing the same job as a remote control. Which was okay because I didn’t care any more than a servo cared about what I was doing, or why.

“Pilot to bombardier. Approaching target.” I could hear the tension in Raines’ voice.

There was no response.

“Corey? You all right?” A long pause and Raines’ drawl came back on the intercom. “Fucking Corey. Bled out without saying a word. I guess there’s not much more we can do.”

The Blue Devil banked hard left, turning 180 degrees. Heading home. By my count there were two of us left alive on board, me and Raines.

Just because we decided to quit didn’t mean the Germans would let us go. More rounds smashed into the fuselage. A massive impact came from up front, but I couldn’t see what caused it because I was facing astern, firing. A German fighter spiraled down into the clouds, trailing black smoke.

I squeezed the handles again to turn the turret and nothing happened.

“Turret’s jammed,” I said. “Raines. Can you come back here and crank it open?”

No answer. I tried again, still nothing. Intercom lines must be cut. I couldn’t do anything myself; the turret hatch had to face straight up before I could get out, and with the motors busted you could only crank it open from up in the fuselage. It was like a prison cell, an oubliette, except for the panoramic view. Whatever. I’d done my duty. Now I could just sit back and watch the show. For as long as it lasted, anyway.

We were descending. Someone had to align the turret, or it would protrude below the landing gear when we touched down. That would be the end for me, and maybe for the bomber too. Oh well, I thought. Maybe I’ll get to see Oona soon. But I doubted it.

I realized then I’d been putting everything I had into believing in Oona. Thinking about her had kept me sane through a double dozen missions, not because I was sure she’d save me with magic or whatever, but because she’d promised, and so had I. In my mind that meant we had to meet up again. We had to. And now we couldn’t so nothing meant anything anymore.

But then I happened to think what she’d have said if I told her what would happen.

Say I knew it, somehow, back there in the Carnegie Deli. Say I told her.

“Oona,” I said in my head, “suppose you die first? How will you save me then?”

She got angry, which I wasn’t expecting. She reached across that rickety deli table and she took my chin in her hand and looked right in my eyes.

In my imagination I couldn’t even speak I was so full of emotion, so I just nodded.

Back in my broken turret, the sheath of ice around my heart shattered like it was hit with a hammer. It hurt now. It hurt bad.

“Oona,” I said into the dead intercom, “I wish I could see you again. I wish you really could save me. I wish I could have saved you.”

My turret began to rotate upward. Someone must be cranking it now, at the last moment. I could see the grass rushing by below at over a hundred miles an hour. Turret vertical! I flipped the hatch open. Yanked myself up. No one was there. The waist was an abattoir, blood and body parts everywhere. Then we hit ground–

I was lying on my back… on the grass? I got up quickly, nearly fell. The Blue Devil looked mostly intact from my vantage behind the wreck, three hundred yards of torn up turf showing the landing path. Not bad for gear-up. Good thing the land here was so flat. I must have made my way out and then fainted or something.

I ran around to the front of the Blue Devil because maybe Raines needed my help. But Raines wasn’t there. Nothing was there. The nose of the plane was gone, and the cockpit was ripped open like a gaping wound. Maybe a mid-air collision with a fighter? But then–

I felt a touch on my cheek, and I was sure it wasn’t the wind.

“Oona,” I said, and I couldn’t say anything more.

Again, the touch on my cheek. And then it was gone.