‘The Devil’s Lettuce’, by Thaddeus Howze 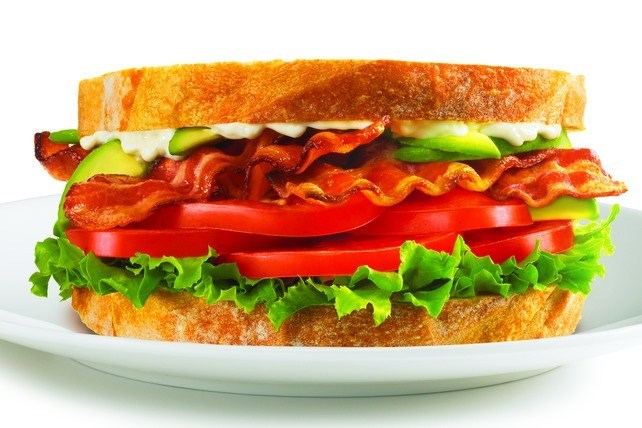 Thaddeus Howze is a science fiction writer, futurist, climate change activist, Assistant Editor for Krypton Radio,  and Artist in Residence at  Chapter 510 & the Dept. of Make Believe in Oakland, California.

The following piece of fiction was written by Thaddeus expressly for patrons of Krypton Radio on Patreon.com. This is its first publication.

‘The Devil’s Lettuce’, by Thaddeus Howze

You arrive in Hell.

Your last memory was watching the State of the Union address in the United States in the year 2020. If you had to guess, it was an aneurysm or a heart attack.

In the end, it didn’t matter. It was so quick, you hardly noticed. It was probably that presidential medal of freedom for Rush Limbaugh that did it. Yep. In your heart, or whatever passes for one in Hell, you know that’s it. A ‘rage stroke’ did you in.

You did not expect to end up here though. You were pious, god-fearing, focused on the Afterlife with a vigorous dedication; sacrificing everything you thought might interfere with your arrival in the great hereafter of the Kingdom of Heaven.

“Where did you go wrong” you wonder.

It seems strange that you recognize this place as Hell, because it looks just like the world you just left when you were alive, with a few minor changes. The air quality is terrible. Smoky, thick with particulate matter, you can see a fine haze in the distance and everything is covered in a grey dust. There is also a strange chemical smell in the air.

You didn’t notice it at first. Well, at least until you took your first deep breath. You had forgotten to breathe for a moment. You now regret that decision. After your coughing slows, you recognize your local city hall, or municipal building in front of you.

Unless you were particularly awful in life, then what you see is a Department of Motor Vehicles or whatever passes for the worst bureaucratic agency you know, with a line stretching around the corner of the building from where you are standing.

A dapper gentlemen walks up to you, pushing what appears to be a sandwich cart and you realize, you’re hungry. Your stomach grumbles in acknowledgement and the smell of food from his cart reaches you at the same time, doubling the intensity of the emptiness within. He smiles as he hears your stomach protest.

His approach is casual, as if he has all the time in the world; he waves at a few others in line, but ambles toward you as if he means to engage you directly. “Hello, my new friend. Welcome to Hell.”

Yep. No pretense here. No gas-lighting, no obfuscation. He said, Hell.

“Look, I know you have lots of questions, and sooner or later we will answer them all, but right now, let’s deal with that raging emptiness in your newly reconstituted belly. Agreed?”

You assent. After all, you just learned you’re dead. You’re in Hell, despite every effort to the contrary and now, a strange sandwich vendor, whose probably the Devil is offering you your first meal.

“Yes, those are all true statements, except for that last one. I am not the Devil. Look up; see that light in the sky you thought was the sun? That’s THE Devil, the original Lightbringer, Lucifer. Compared to him, I am just a boil on the ass of a taxi driver in New York City; always uncomfortable, embarrassing to talk about and never able to be gotten rid of. Yep. That’s me. You can call me Azazel. What can I get for you?”

“Answers.” Oh, your voice is so terrible. It makes the sound you hear when you first heard your voice recorded. That embarrassing noise you heard and had to work to get rid of during your career as a radio announcer. “I need answers.”

“Yes, I promised those. The first one is free. Your voice will always sound like this. You will never like it. Because you were filled with vanity around how beautiful it was, you will never enjoy the sound of it again. Nor will anyone else. To be fair, no one enjoys much down here, so as punishments go, it’s pretty minor.”

“Free? What did you mean by free?” The sandwich vendor Azazel stops and looks into his cabinet and begins making a sandwich. A few extra hands stretch out of the cabinet offering ingredients and take over the process so he can continue talking to you. Behind him, the line moves one step forward, all at once. The sound of that footstep reverberates in the distance, lost in the smoky backdrop of what appears to be a barely recognizable city.

“This is Hell. Everything costs. And just like in your previous life, you won’t earn enough to cover all the necessities to get by. Why do you think I sell sandwiches? Don’t worry about it, you’ll adjust. Just think, a steady but underwhelming paycheck, bills you have to pay, and a place to live you can’t afford.”

“Exactly. You’ll fit right in, after you get your assignment.”

Your stomach rumbles as the hand produced sandwich comes together in front of you. But as Hell would have it, you are not able to see it clearly, like it was part of a witness protection program.

“Don’t worry about that. All food here comes that way. You never know what you’re eating until you’re eating it. Torture. I know, right? Nothing to worry about. Everything here is fresh and government inspected, right from Earth. From deregulated farms and facilities, of course. Reaping what we sow and all that jazz.”

Feeling uncomfortable with what this might entail, you shuffle your feet. Each movement required a monumental effort.

“Yeah, about that. Your previous work required you make the world harder for people to navigate, by helping to propagate news of questionable veracity. No. You didn’t lie, per se. You just followed orders. You had a good heart and didn’t like injustice, but you also didn’t do much to stop it either.”

You consider saying more, but the next breath you take, causes you to cough even harder and you change your mind. Azazel patiently waits until your fit passes.

“Is that a great blend or what?” He waves his hands around. “The air, I mean. We import it from Earth, too. We had scientists here who tried to make something unique and special for Hell, but nothing we could create matched up with what you were doing on Earth, so we just import it from different time periods. What you’re huffing right now is a blend of London 1890, New Yor 1970, Beijing 2013, Australia 2019, and Russia 2040, right before society collapses completely.”

“Don’t worry about it. You guys are plucky. I hear you have another seventy or eight years before the rush really intensifies down here. Seers aren’t quite sure but they say once the Internet falls, the rest of you will be right behind it.”

A horrendous buzzing sounds from Azazel’s cart and he looks deep into a steaming container of hot dog water. “I’m sorry, there is a massive intake predicted to happen, from your timeline, I’m afraid. I don’t have enough hotdogs left to see clearly, but I think it’s from a coup attempt in 2020 in the former United States. Sorry about your home. Think of it this way, you left early to avoid the rush. Here’s your BLT. I think you will like the spin we’ve put on it.”

Azazel hands you the sandwich wrapped in a flesh colored paper. Like your feet, your arms feel heavy, as if they are wrapped in lead. It’s only when you look at them do you realize, they are spindly and weak. It’s not just gravity, you’re infirm too.

On the wrapping paper, an eye opens and the frantic movement barely registers thanks to all of the other horrors you have endured since you have arrived. “He worked for a hedge fund and lived large in life. Don’t feel any sympathy for him.”

Azazel begins packing up his cart, wiping everything down. “Go over there, get in line and you will get your assignments. We have an opening for radio announcers, and with your experience, you’ll be a shoe-in. Save your wrapper for the intake demon. It’s his favorite flavor, extreme greed. If you haven’t noticed, Hell is very clean, aside from the air. We recycle everything. Good luck. You will be assigned a new name and in a few years, you’ll fit right in.”

Stomach, growling with impatience, drives you to bite into your BLT. Bread too soft, slathered in Miracle Whip, filled with turkey bacon and covered in a tomato and Carolina Reaper mixture.

Gagging, your hunger only intensifies with every bite as you realize it isn’t covered in lettuce. It’s kale. You’re in hell. Nothing will be as it seemed. You should be used to that.